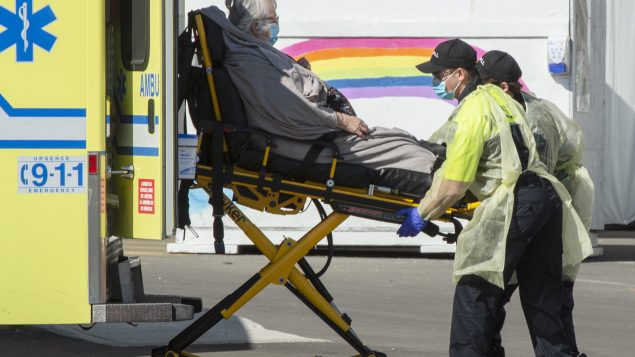 “Covid-19 could kill 3,000 to 15,000 people in Ontario, provincial modelling shows”. This message is quite scary and disturbing and prompts our concerns on how well is the Ontario’s three level of government preparedness.

We all know there is a shortage of PPE. Addressing PPE alone isn’t that enough. What should we do when we don’t have enough ICU beds and not enough qualified heath care workers to handle the ventilators or when doctors and nurses are sick? As of today, I haven’t seen the Mayor of Toronto prepared to use Toronto Convention Centre or CNE as field or shelter hospital in the event there’s a surge in cases. I haven’t heard anything from the federal government to prepare to use military medical personnel when necessary.

Talk is cheap. “Social distancing, stay home and flatten the curve”. The Ontario Premier was not happy that not enough tests are done. While there are so many pros and cons among the medical fields but, instead of arguing whether the tests will be effective in the containment, we should go beyond the scope and focus on the benefits of the test. The more tests we do, the more information we can collect and add to the database. We can maximize the database on preparedness of strategic planning to contain the virus, the “second wave of infection” and the treatments and the vaccine research and finally putting people back to work.

There is no national standard in heath screening at Vancouver, Calgary, Toronto and Montreal Airport. The only measure is “self isolate for 14 days”. The mandatory isolation announced on March 25 is toothless as CBSA agents “Will inform arriving passengers of their new obligation to self isolate” with no details in how the federal government will enforce such measure. The new plan implemented by B.C. government on April 8, is the first step in the right direction and I wish our Premier Doug Ford will follow suit. Land border crossing is another weakest link. I strongly urge the federal government to implement “Passport Scanning” for all drivers and passengers. Passport scanning may not be 100% foolproof but, at lease, it will provide personal information and residential address for “contact, tracking and tracing”.

We have over one million small businesses across Canada and unfortunately, I am one of them. Madam Ng, as Small Business Minister, you know quite well the economy is suffering and the small businesses suffer the most. One of the hardest hits in Toronto are the Tourism/Hospitality and Restaurant Industry. Hospitality generates revenue to local economies directly when tourists spend money in hotels, restaurants, retail goods and entertainment venues. It provides a vital stimulus to Canada’s commercial growth through the visitor economy. It also has a significant down streams indirect impact to the economies such as transportation/trucking, distribution, food processing and farming.

The second wave of stimulus should include a package for the Hospitality Industry. I think the federal government should consider issuing a “Hospitality Voucher”. This voucher should exclude the fast food industries and cater only to hotel accommodation, restaurant meals and entertainment venues. It can also be transferable and can only be used to redeem as credit for paying HST, payroll tax, corporation tax and other taxes.

Canada is an immigrant country. Canadians have so many family members living abroad and each year, they have friends or family members coming back for a visit. A case in point. A conservative estimate that there are approximately 300,000 Chinese Canadian and permanent residents living in Hong Kong, not to mention the numbers in Taiwan and China. In 2018, 737,000 Chinese tourists visit Canada and they spend on average about $2,850 per trip, staying for around 30 nights.

Last but not least, recently, a Toronto Chinese ER nurse was spit on and verbally assaulted in what she believes was racially-motivated attack. I think it’s time for ALL of you to stand up TOGETHER and unite to condemn such act in a SINGLE VOICE. This will help the Chinese community to prevent hysteria and racist assaults that have been fueled by misinformation.

It is the legislators’ responsibility to ensure and provide confident to their constituents that the government is capable of making Canada QUICKLY riding out of the storm. We need “a single united chain of command with competency, transparency and accountability”.