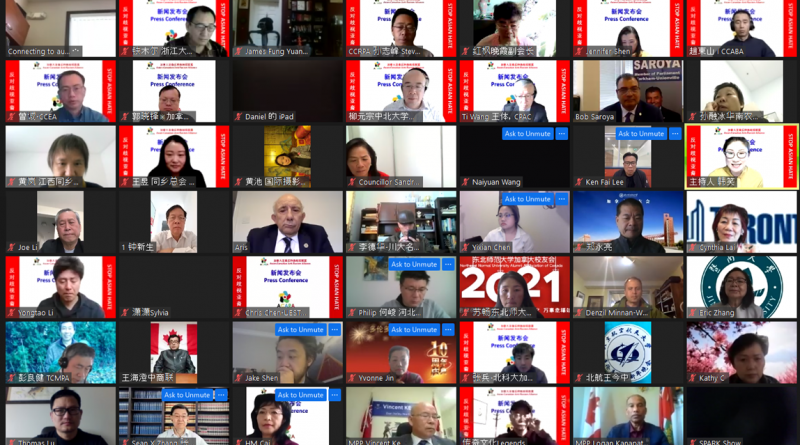 Over 300 hundred organizations and civic society institutions joined the coalition to denounce the increased racism and hate crimes perpetrated against the Chinese and Asian communities in Ontario and Canada. MPP Babikian stated that regardless of our background, we as Canadians, have to condemn these acts because they are not the Canadian way and they conflict with our values and traditions. He further stated that all of us are equal partners in building the Canada that we know as the best country in the world.

He emphasise that racism and hate crimes ramifications are destructive on any society. He cited the killing of 1.5 million Armenians in 1915 as an example of hatred and racism. He urged everyone to stand in support of our Chinese and Asian brothers and sisters because we are not living in isolation.

He also added that it is our duty to stamp out this kind of alien and heinous practice. It is our duty to hand the future generations the same society which our forbearers fought and died for to build a peaceful, law abiding, democratic, welcoming, and tolerant Canada.

In conclusion, he announced the participation of the Armenian National Committee of Toronto, the Canadian Hellenic Congress, and the Canadian Coptic Foundation in the collation.  He relayed these communities solidarity and support to eliminate racism against the Asia Communities.