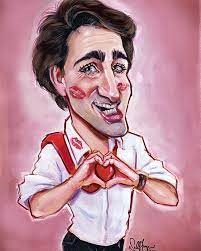 As a means of publicity, a cartoon visually illustrates a point of view and expresses the cartoonist’s feelings with its unique artistic presentation. It is full of witty content and satire, is strongly humorous, and makes people think while making them smile. A good cartoon reflects and expresses public opinions and will attract extensive attention and feedback. Popular cartoons are rooted in public life. They are an art that embodies and presents public life.

A cartoon may speak louder than many oratorical articles put together. Of all countries where cartoons are loved, the USA comes out on top. Popular American cartoon heroes such as Superman, Superwoman, Batman, and Popeye the Sailor simply take the world by storm. At the turn of the 20th century, new immigrants living in New York had to work long hours for meager pay, with little recreation life. They needed entertainment badly. So in these circumstances, many cartoon heroes with super-natural power were created. Weekly cartoon columns appeared in major newspapers. However, Harvey Pekar, who was to become an American master realistic cartoonist, held the view that super-hero cartoons would only be a means of escapism and self-narcosis – good only for fooling kids. Pekar believed that cartoons should be created for adults to reflect life, to enjoin the right and forbid the wrong. His creations were all everyday things, from social phenomena to life philosophy. At first, none of his friends thought his cartoons would be appealing to readers. But he adamantly kept to his style and at his own expense published a literary comic book American Splendor, which tells his own story of job-hunting, dating, and finding a shelter – depicting in detail the sadness and joy involved, bringing tears as well as laughter. After four issues were released, the readers’ feedback began to turn positive and the comic book soon became a hot item. Pekar’s life has been made into a play and a movie, “American Splendor”, which received the FIPRESCI (critics) award at the Cannes Film Festival. ln short, Pekar put his whole life into his cartoonist career, influencing generations after him.

Until the 1920’s, there was still no name in Chinese for the type of presentation known in the west as “cartoons”. Zi-kai Feng, founder of Chinese cartoons, was a middle school teacher. He started with spontaneous doodling at meetings, creating scenes and figures seen in everyday life, showing various emotions. His style was natural and rustic, his strokes simple and comical- giving birth to a new painting style. His friend who happened to be an editor had a collection of Feng’s sketches published, and named it “Man-hua” (cartoon) – a name that has been in use since.

ln reality, cartoons cannot always be created unintentionally or spontaneously. A cartoonist’s column in a newspaper usually carries only 4 comic pictures, but when it comes to cartoon works on political or social topics, there is usually only one. Therefore it has to be concise in theme, simple in design, profound in meaning, yet easy to understand. All this has to be achieved through a few simple strokes. It certainly requires great talents and skills.

The publicity work of the Chinese-Canadian Civic Alliance receives the support of Mr. Ying Quan Zhang, a knowledgeable, hard-working, and productive realistic cartoonist. Mr. Zhang’s cartoons are light in words yet rich in emotion, showing big impact through the seemingly small. His style and design demonstrates his solid and profound training background, which incorporates both the Chinese style of “light coloring and deep distance” and the western style of liveliness. His brush expresses his intent, and reflects sound reasoning. His works, which include travel accounts and anecdotal sketches, cover a wide range rather than being confined to just one narrow area. Most prominent are his works on hot social topics and current affairs of public concern. He is good at making use of the multi-cultural window of Toronto to expand his view. He examines the development of current affairs to obtain refined resource. In this way he instills new ideas, new life, and new dimensions into his cartoon creation, making his cartoons more readable, more effective in publicity, and thus more influential and more vigorous. Amidst the general interest and concern of Chinese Canadians in civic engagements and political election at various levels, Mr. Zhang has actively contributed to the activities. During the Toronto Municipal elections in 2010, the Federal and Provincial elections in 2011, and the Agincourt School Trustee election in 2012, Mr. Zhang was seen contributing his cartoon works to the media for publicity. His works are lively and attractive at first sight. In recent years, through his cartoons, Mr. Hang has been showing increased enthusiasm and love for civic participation as part of the growing civic participation of Chinese Canadians. We would like to show our appreciation for his contribution.

Mr. Zhang’s passion for cartoons has cultivated and developed his talent, enabling him to contribute much to the society. We are looking forward to seeing more artistic talents involved in Chinese Canadian civic participations. Let’s hope that the little sparks of Chinese Canadian civic engagement will soon become a prairie fire.