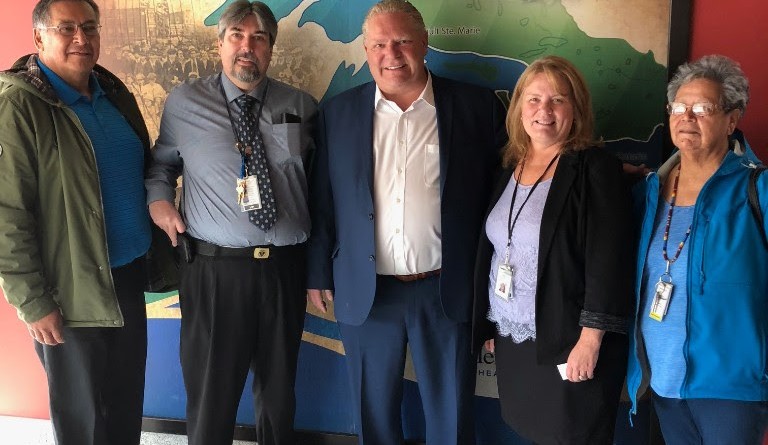 “The Ontario PCs have a great roster of Northern Candidates. Today, I spent my day with Chief Clifford Bull. Chief Bull is the first candidate to ever be nominated in the new riding of Kiiwetinoong, which has a majority Indigenous population.

“Under Kathleen Wynne and the Liberals, Northern Ontario has been ignored. The Liberals have even gone so far as to call the North a “no man’s land”.

“I met with a community today that is ready for change. Chief Clifford Bull and the Ontario PCs are going to be the ones to bring it.

“I have always stood up for the people, and Northern Ontario can count on me and the Ontario PCs to stand up for them. Under a PC government, Northern Ontario will have a strong voice and a say in every decision made at Queen’s Park.”
Statement from Ontario PC Candidate Chief Clifford Bull

“I am so proud to be a PC candidate for the riding of Kiiwetinoong. This community is my home and I will do everything I can to make life better for Ontario families.

“I thank Doug Ford, the next Premier of Ontario, and my new boss, for visiting Sioux Lookout and Lac Seul First Nation today. We have a lot of work to do and I look forward to being a strong voice for the North.”